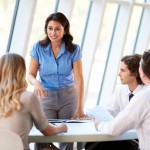 What happens when people interact in a business situation? If we accept that humans have one to three basic needs, and these three needs are: the need for achievement, the need for affiliation and the need for power, and that we all have these needs in varying degrees, we can start to understand why people do what they do. Obviously there are a multitude of other factors that influence behavior but I see these particular needs as being significant in how we behave, and I will share some of my observations in management situations relevant to these needs. A brief description of each need would be: The need to Achieve: This is the need to do something better, quicker, faster, → 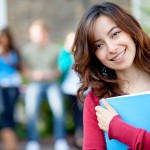 What’s happening in the US is also occurring in other western countries. Fewer US students are graduating from high school. Of those that go to University, one third drop out. Nearly 60 percent of managers say the University graduates they take in are just not ready for the work force because amongst other things, they cannot even write clearly or organize their time sensibly.  Today there is a greater chance of getting a higher grade than in the sixties, especially if they are graded from within their institution, yet a third of students do not demonstrate any improvement in learning. Mathematics, science and reading levels continue to drop. Students in the US owe $ 11 trillion on their student loans-more →

THINKING strategically is not good enough. DOING is what really matters! 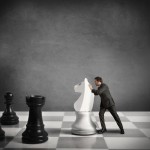 It’s not the strategy that fails, it’s the IMPLEMENTATION. Every so often a new management “religion “or fad emerges.  Group think sets in, everyone repeats the magic phrases and pretty soon you have to have the new book on your desk, so people know you are “with it.”  The latest buzz in the management world is about strategic THINKING. It is being said that the ability to plan strategically is the most important leadership skill you can have. In addition to seeing, predicting and planning ahead, you are being told to get your employees to think strategically.  You are to provide your employees with information, you communicate a mission statement, and you reward thinking and not reaction. Really? Whatever happened → 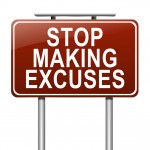 Time to reverse a troubling trend. The above is the headline of a piece by Mathew Futterman in the February 13 Wall Street Journal, where he was referring to the Sochi Olympics, outlining the many excuses offered by US athletes that did poorly. Excuses ranged from poor referees, conspiracies, poor eyesight, poor weather, and a variety of other ingenious excuses. “It sure wasn’t your fault you came stone last, it was the weather or the referee, poor you!”  This is a refrain we can expect to hear often in the coming years and it won’t only be in the context of the Olympics. Are these the first clear outcomes of the New America’s Politically Correct Philosophy?  This is the philosophy →

Family Dynamics In The Texting Age 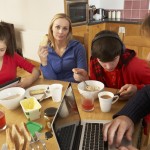 Have you observed the modern day family interact around the dinner table?  That is if they actually get around the dinner table. Everyone is doing their own thing.  The kids are texting their friends or each other, Dad is on his cellphone and Mom is on the kitchen laptop. The fallacy of multi -tasking at its best is occurring before your eyes. “Yes Mom, I have done my homework, and Fred just got the new iPhone.” I have actually seen each member of a family collect their food in the kitchen and retreat to their own rooms to continue the texting marathon. The more we are able to contact others, the more reclusive we become in the way we are →

The Longer You Wait To Address A Problem, The Bigger It Gets 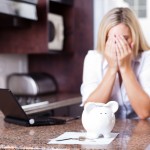 Remember when you were at school and you put off studying for an important test? The closer you got to the test date the greater the stress became.  Eventually full panic set in and you studied day and night with an increasing degree of inefficiency. The day of reckoning arrived and if you could not fake illness you went along and wrote the dreaded test, praying for the miracle that did not come. Nothing has changed. There is still a penalty for non- performance, and the stress of not addressing an issue is just as severe. It’s almost as if a problem grows exponentially, relative to the amount of time you delay addressing it. Think of something that you have →

We Spend Our Lives Waiting For Something 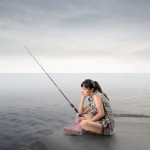 Think about it.  We spend most of our lives waiting.  Waiting to grow up, waiting for the phone to ring, waiting for that one magic deal, waiting to get married or to graduate or to save enough money or to take that trip or to make that move. In the process we get totally consumed by that one thing and everything revolves around that one thing. Our relationships might even suffer as we wait for that one big event to happen, and it never seems to materialize.  We rationalize away delays, we don’t see what others see.  We wait and wait.  Sometimes it happens, sometimes it does not happen.  Our entire happiness can be consumed by this one event we are →