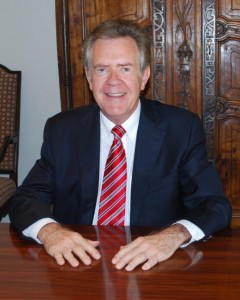 Born in South Africa, Bernard holds a Bachelor’s in Psychology and Master’s degree in Business.

Bernard started his career in retail and became the head of Operations for a chain of 50 retail stores very much in the Nordstrom mold.

Bernard acquired and developed an auto salvage company that became the largest in the country and which he later sold to a listed company.

After starting his own business consultancy, he became the consultant to the largest hotel and timeshare company in the Southern hemisphere.  He held the position of director and senior consultant of the largest chain of medical centers in the country.  He also consulted to the largest auto salvage chain in the US, a listed company on the New York Stock Exchange.

Bernard obtained the funding and established the Chair in Hospitality Management at the largest University in South Africa.

Bernard immigrated to the US, became a US citizen and is now in his second decade of living in Arizona, where together with his wife, he has made Paradise Valley his home.